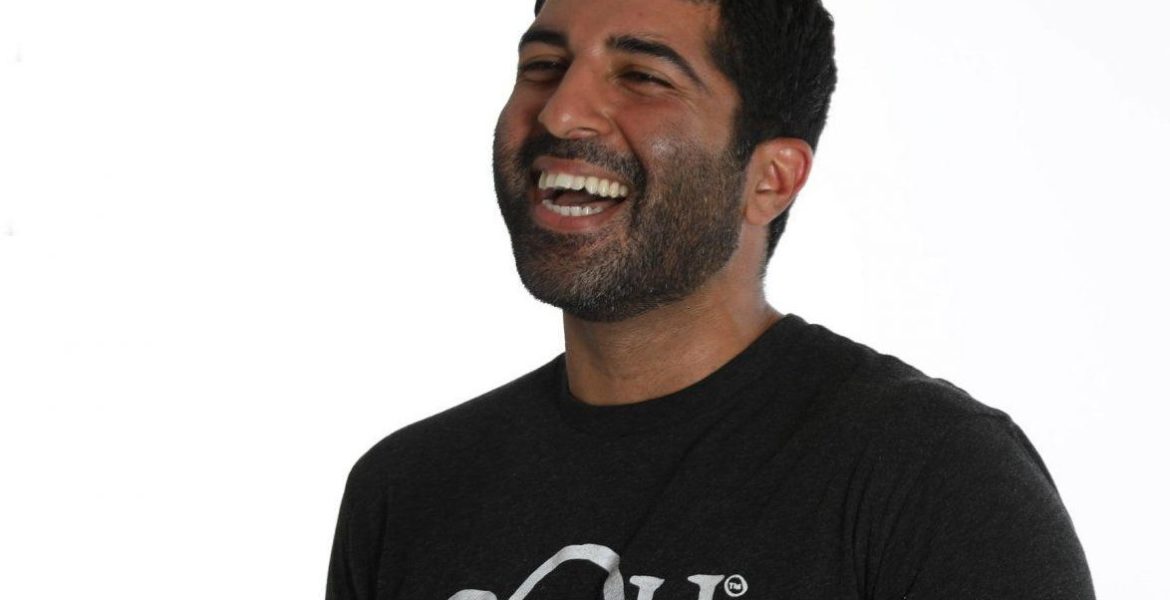 If You Want Something, Go And Get It

Kunal Kohli is the cofounder and COO of BOU, the innovative food company bringing joy back into cooking with its versatile range of bouillon, gravy and miso broth cubes, and instant soup cups.

I had the opportunity to interview Mr. Kohli recently. Here are the highlights of that interview:

Kunal Kohli: I grew up in Long Island, initially in Rockville Centre (yes, I went to high school with Amy Schumer for a year) and then Dix Hills during my teen years. My parents were born and raised in India and came to the U.S. in their early 20’s. They owned a local small business which my grandparents were also involved. We lived on a kid-friendly street where stickball, catch, manhunt and all different types of sports were constantly being played. My grandparents lived a short five minute walk away that also had its own kids so it felt like I had two groups of friends.

I didn’t realize until later on in life how growing up in what would be considered the “non-digital world” shaped me to be the person I am today. I consider myself more outgoing, talkative and someone who is willing to just walk up to anyone and strike up a conversation with them. This definitely helped me pursue certain goals and not fear the consequences of being turned down. Even though I grew up in a strict household where I was forced to think a certain way and have my life plans laid out for me, I always felt like I was in control and could do what I wanted if I just really set my mind to it.

Kohli: Growing up, I had to work for the family business while in school and I truly hated it. Waking up early on the weekends and dealing with the same group of customers buying and looking for the same thing just wasn’t my cup of tea. I got bored often and when I get bored, I just tune out. So I said to myself that I would never go into such a boring, self-employed world so I set my eyes on the corporate and legal world. I really wanted to become a lawyer and be one of those cool attorneys in a courtroom schmoozing a jury or tackling high profile cases. But then I saw my friends who went to law school right after college and I saw them get jobs, and get bored, and have to work long hours when they didn’t want to. It reminded me a lot of what I was forced to do while I was growing up. I then realized (around four years after college) that I wanted to do something for myself, control my own destiny, and really enjoy what I was doing. My wife and her family were also very supportive and provided the confidence I needed to do this. The whisper initially came a few years after college but then with a roar a couple of years after that.

Kohli: I had quite a few teachers that inspired me from fifth grade onwards but there was one professor in college — whose name I forgot unfortunately — who taught Entrepreneurship 101. I had this idea for a Quick Service Salad concept (not mentioning any popular restaurant names now that could have taken my idea!) and he really thought it was a great idea and for once in my life, at that time, told me that I should pursue it because he believed in the concept, but more importantly in my ability to execute it. That was very powerful and encouraging for me to hear at that time as I wasn’t so used to confidence boosters and being able to achieve something on my own. If only I had actually pursued it at that time…

Griffin: What’s a great piece of business or life advice you received, who gave it to you and how has it enhanced your life?

Kohli: I am proud to have a few people that I consider mentors and great friends. One of them in particular was my former COO while I was working at a boutique fitness studio and who is now currently the CEO of Switch Fitness. Everyday he would take the time to share his experiences and thoughts via email/text (to everyone in the office, sometimes got a bit annoying!) and include a quote from some famous person. One day while walking to lunch, I told him my dreams of one day being the CEO of a major company that has a real impact on making people’s lives better. What company, or what impact, I did not know. He didn’t just agree or say that will happen but he responded simply by stating: “We are in control of our own destiny. If you want something, go and get it. “

In today’s competitive world, nothing can be taken for granted and nothing will just be handed to you. You have to earn it. And when you have it, you have to fight for it everyday. Be better than what you were the day before.

1. Perseverance – The willingness to succeed and never give up.

2. Persistence – Making mistakes, learning from them and doing it better. The ability to fall down and get right back up.

3. Passion – Wanting something so bad that it is all that you live and breathe. Nothing will happen unless you really want it and work hard to make it happen.

Kohli: I have had plenty and am proud of them as they have shaped me to be who I am today. But one that stands out, was when I first entered the food business. I started working with an older gentleman who was very good at displaying and lying about something he was not – honest and hard-working. He took me under his wing and we were hired to provide some management consulting for a struggling food business. Long story short, he ended up dipping into the business funds, defrauding investors and displayed a massive drinking problem (yep he used company funds to buy tons of liquor!). I noticed it early, warned our investors and resigned the day after he did it the second time. But out of every bad, some good comes. By working on this management consulting gig, I happened to meet Robert Jakobi, my now current partner at BOU. We have been working with each other for over five years, tackling obstacles and growing a business together. I believe we will be partners for quite some time because we are both honest and confident in each other’s skill sets.

The biggest lessons I learned – take your time to trust someone, don’t be afraid to make a drastic decision, always be honest and trust that there is light at the end of the tunnel.

Griffin: What advice do you have for young, talented, ambitious individuals who want to rise?

Kohli: Don’t be afraid to make mistakes, they are your best learning tool. Learning from other’s experiences is extremely important to help shape yours (mentors are a must). Even when things seem to go right, think of how they could go wrong and always have a back up plan (or seven) in place. Find a way to decompress or destress (fitness, family, a beer or three).